What is weight measurement?

Weight is the measurement discipline used to describe the heaviness or mass of an object. The “weight” of an object actually conveys the force that gravity exerts upon the object being weighed. This is why astronauts aboard a space shuttle seem to be “weightless” as they float freely through the air. Without gravity, weight cannot be determined. In the U.S., weight is expressed in pounds. Scales determine weight, and range in capacity from light to heavy. Industrial scales, such as rail scales or truck scales are considered heavy capacity, while high precision scales, such as counting scales, are considered light capacity. 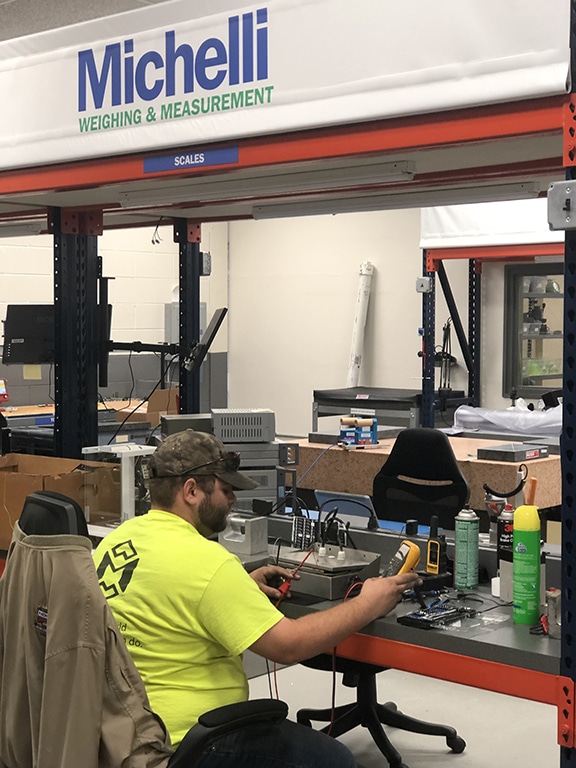 What does scale calibration entail?

During scale calibration, the Michelli Weighing & Measurement scale technicians use NIST traceable test weights, which have been assigned a known value, to test the scale. The weight reading, or weighment, produced by the scale as a result should equal the known value of the test weight. Scale calibration is performed to NIST Handbook 44 standards. (NIST Handbook 44 outlines specifications, tolerances & other technical requirements for weighing & measuring devices. – according to NIST.gov)

Speak to a scale expert

Are you interested in making a scale rental or purchase? Do you need your current scale calibrated? Find your nearest Michelli location & give us a call to speak to a Michelli Weighing & Measurement expert today.

Rent or purchase a scale, or have us perform your scale calibration or scale repair

Please download our easy-fill equipment list here, print and ship it with your equipment to your nearest location. (Addresses available here.)