How to Use Scales to Increase Productivity

Increase Productivity by Adding Scales to Your Operation

Incorporating weighing & measurement equipment is one of the easiest ways to increase productivity. From adding a forklift scale in a warehouse application, to using scales to automate quality control operations, scales can help users save time & money, while reducing errors.

Use Counting Scales to Save Time & Ensure Accuracy 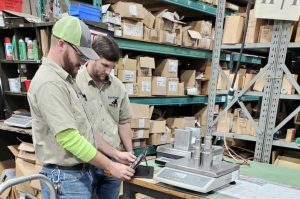 Counting scales are incredibly versatile and can help increase productivity in a wide range of applications. For example, if a parts house needs to take stock of their inventory, a counting scale could save hours of labor. With a counting scale, users can take the sample weight of 1 part, then add subsequent uniform parts to the scale in bulk. Based on the sample weight, the scale will count the additional items & display an item count to the user. Depending on the amount of parts, the business could save days of labor costs by using a counting scale to record inventory instead of a person counting each individual part.

Counting scales are also commonly used in packaging applications to increase productivity. Imagine a company that manufactures glass beads. During packaging, the company includes 1,000 glass beads in each bag. The employees could manually count the beads, but that would drastically increase production time, and could lead to decreased quality caused by human error.

Counting scales provide an efficient way to ensure that each bag contains the correct amount of beads. With a counting scale, a user can set the bag on the pan, program the weight of 10 beads into the scale, then add beads by the handful until the quantity reflected on the scale reaches 1,000. Incorporating a counting scale into a packaging operation allows employees to increase productivity without sacrificing accuracy. To ensure the most accurate results when using a counting scale, the objects being weighed should be uniform. 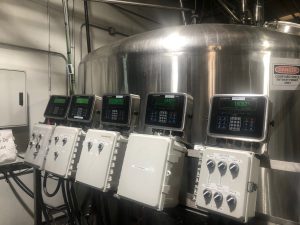 Programmable indicators can turn ordinary scales into an imperative part of the manufacturing process. Instead of just displaying a weight, the user can create an IF/THEN situation by setting target weights for each scale, then using those set points as the catalyst for another action. As the object being weighed reaches the target weight, the indicator can trigger another action. For example, imagine a company that produces bottled fruit juice. In the production phase, a programmable indicator can be paired with a tank system to ensure the correct amount of sugar, water and other ingredients are released from the tank in each batch. During production, if a tank containing sugar drops below the target weight, the manufacturer can stop the operation before any additional product is wasted.

Programmable indicators can also be used to collect & transfer data, which can help management teams increase productivity. For instance, if a plant uses a programmable indicator to record scale data from each shift over the course of a week, a month, or a year, administrators could identify strengths or weaknesses in their production process. Management teams could see how many units are produced on average per shift, per day, per month and per year. That capability could prove helpful in planning procedures, supply management and even staffing operations.

How to Use Scales in Quality Assurance Operations to Increase Productivity 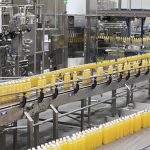 Many of our customers use scales in their quality assurance operations. A scale provides an efficient, easy way to ensure uniformity. In some cases, this step of the quality assurance process can even be automated. For instance, poultry packaging plants often utilize a conveyor belt with an automated “arm” to increase productivity while maintaining quality control. In that situation, users can enter a target weight range into the indicator, and the indicator can force the arm to extend if any packaged poultry products are not within the set target weight range. So if a product is outside of the target weight range, the arm extends to push the poultry off of the conveyor belt, typically onto the rejected line. (Click to learn more about these types of processes automation in our blog post: Automated Weighing Systems)

This process is much more efficient than having a human weigh each package. By reducing the amount of time required to ensure uniformity, poultry packaging plants are able to increase productivity and avoid “bottlenecking” their operations.

Increasing Productivity with Onboard Weighing 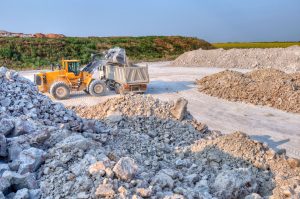 Onboard weighing equipment can drastically increase productivity. The ability to weigh material as it is being loaded can remove several steps in an operation, saving time and money. For example, imagine a gravel pit that charges by the pound plans to use 10 trucks to haul 200,000 lbs of gravel out of the pit. Without onboard weighing, how would the workers who load the trucks know that the load is about to reach 20,000 lbs?

Because gravel is sold by the pound, the fully loaded trucks have to pass over a legal-for-trade scale to exit the pit. If the legal-for-trade truck scale indicates that any of the trucks are overweight, the driver would have to return to the pit & remove some of the gravel to lighten the load.

Imagine what would happen if the same truck arrived at the scale for his second weigh out, and the workers had removed too much gravel, causing the truck to be underweight by 5,000 lbs. Hauling underweight loads is a waste of resources. If 200,000 lbs of gravel needed to be removed from the pit, and each truck could carry 20,000 lbs, then it would take 10 trucks 1 trip each to finish the job. However, if 1 of those trucks carries only 15,000 lbs, the shipment will be 5,000 lbs short, and an additional trip would be required to deliver the missing 5,000 lbs.

Now, let’s imagine that same situation, but this time, the trucks are outfitted with onboard weighing equipment. The crew loading the gravel could monitor the weight of the truck as they add material. The ability to monitor the load decreases the chances of the truck being underweight or overweight when the driver runs across the legal-for-trade scale to exit the pit. Onboard weighing can help increase productivity by reducing the amount of labor required to load each truck. Quicker load times translate into more trucks being filled with gravel, which means more sales for the pit.

These are just a few examples of how scales can help users increase productivity. Weighing & measurement equipment provides users with accurate, reliable results which help ensure that operations aren’t bogged down by logistics, human error, or inefficiency. Scales are an easy addition to most applications, and can have a huge impact on productivity. Quality equipment that is designed for the application in which it is being used, when properly maintained, can save users time, money & headaches.

Let us help you increase productivity

The Michelli Weighing & Measurement team is here to help. We show the world what measurement can do, and we can work together to identify areas of your operation that might be streamlined by incorporating weighing & measurement equipment.

Contact your local Michelli Weighing & Measurement office today to tell us more about your application.